Sebastian Jose is the Chief Architect at Silpi Architects Cochin, one of the leading Architectural firms in the country with an accomplished track record since its inception in 2000. Sebastian completed his under graduation from TKM College of Engineering, Kollam in the year 1995 as batch topper. His passion for landscape design led him to the prestigious Master’s programme at School of Planning and Architecture, New Delhi which he completed with distinction and third rank. Upon his return from Delhi in 1998, Sebastian joined the Kochi based firm Design Combine and worked as Junior Architect before eventually embarking on his own practice. Sebastian has been an active member and has held key positions in the past at the IIA, IIID and ISOLA over the past 20 years and more.

During its 2 decades of existence, Silpi has created a unique niche for itself in the industry on the back of Sebastian’s ability to seamlessly weld criticality and pragmatism. This has resulted in the firm being able to build a formidable portfolio of projects with a long list of satisfied clientale while also being able to bag important recognitions on various state and national level platforms. Sebastian’s passion and commitment towards the field of architectural education has been consistent and he was Founder Principal at Bishop Jerome School of Architecture, Kollam before starting his journey as one of the trustees at APJ Abdul Kalam Charitable and Educational Trust. He is the Dean and one of the Directors at seed ever since the start of this institution in 2016. Sebastian is also visiting faculty and a regular at many Architecture schools across Kerala. At seed, Sebastian has been at the forefront of setting up an enthusiastic team of cutting edge practitioners and academicians to deliver his dream of a School that nourishes critical thinking in the field of Architecture and Design. 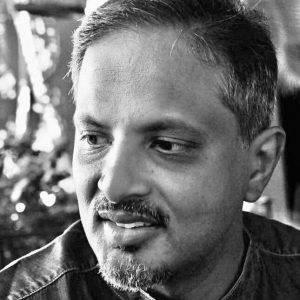