Jills Philip is one of the principals of the award winning studio – SJA, based in Kochi which he co-founded with college mate Ar.Soumya Augustine. Started in 2010, SJA has been creating architecture characterized by a sensitivity to place, context and user identities. The firm is the winner of various awards including the Indian Architect & Builder Young Designer of the year award (2012) and multiple IIA Kerala State Awards (2012, 2013, 2014, &2016), including the Gold leaf Award in 2014.

He studied at the MES School of Architecture, Kuttippuram, Kerala- student days spent in the first years of a young college with an extensive library, spirited peer learning and an inspiring teacher: Prof Harimohan Pillai formed his appreciation for Architecture. While a student, he was the National winner of the ‘Archumen’ Architecture Quiz in 2004. After graduating in 2005, Jills gained practical experience working with Ochre in Bangalore and Design Combine in Kochi.

He considers him very fortunate to have been selected for the Bangalore Workshop in 2015 where he received tutelage under the legendary Australian architect Richard Leplastrier, the learnings of which, still informs and inspires the quality of architecture that SJA strives to achieve.

In 2020, Jills co-curated the World Architecture Travel Cochin, which showcased significant works of architecture of the city. Over the years he has been invited for juries/ talks in several architecture colleges. He has a keen teaching interest and has an experience (as visiting faculty) of over 5 years.

He likes to share his passion for architecture, loves to teach those who seek, and continues to draw inspiration from the young at heart. He considers the ‘spark of enlightening’ in a student’s eye the greatest reward for a teacher. 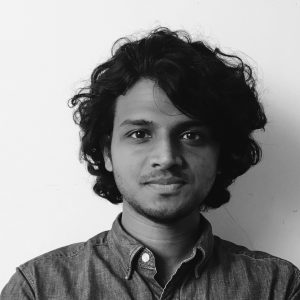